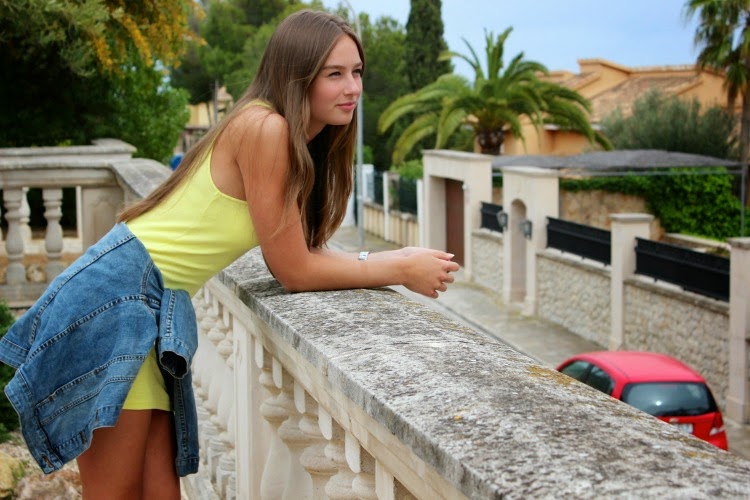 Translation: Now I think it’s time to get a little more personal. It’s not often I talk about myself on my blog in a personal way. I made a post just before I moved to Luxembourg here, which is probably one of the few personal posts I have made… So now you’ll get 10 facts about me, so you know a little more about me.

1. I’ve done gymnastic for 9 years, but stopped because I got an injury in my leg 🙁

2. I have small boy-ish side.. I’m not saying I’m a boy, but I love playing video games and play american football. Yes you heard me.

3. My favorite dish? Hm… I really love food, but if I had to choose it would probably be sushi. So mainstream, yeah I know…

5. I love being competitive.

6. My two favorite idols are Rihanna and Cara Delevingne. I adore Cara’s huge eyebrows! I’m trying to grow mine big as well, but quite hard not to end up looking like a monkey. And I love Rihanna’s style. She really do know how to look badass 😉

7. I won a model competition a couple of years ago, and I’m very proud! But I’m not a model, it was only a one time thing.

8. My biggest dream is probably to become a Victoria Secret model. Gaaaaaah, every girls dream… But the thing I hate about fashion industry is that models have to be so skinny. The media mess up girls thoughts of how to look 🙁

9. I recently just got glasses, because I can’t see anything far away from me… But I only use them when I’m in school or watching TV.

10. I’ve been traveling my whole life. My first time traveling was when I was 3 months old.